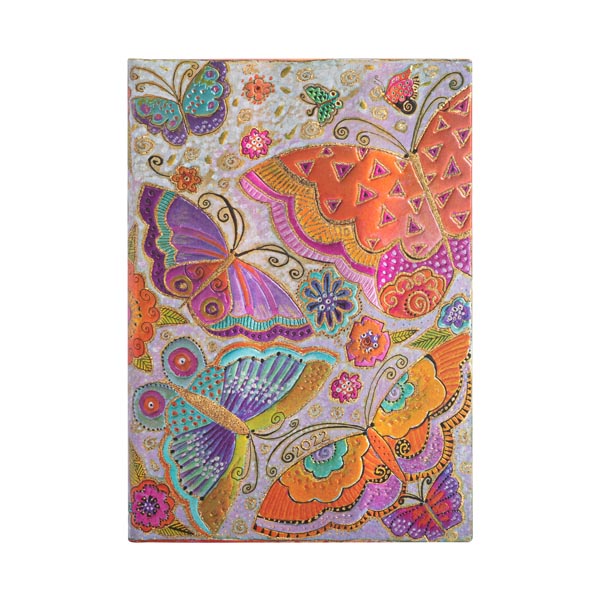 
Originally titled “Imagine,” the Laurel Burch painting reproduced on this cover celebrates her imaginative nature and love of life. Burch’s goal was to inspire joy and raise people’s spirits and, though she passed away in 2007, her uplifting artworks continue to spread happiness today.All art is a chance to experience a mood, an emotion, a feeling. The art of Laurel Burch (1945–2007) has an especially uplifting, joyful, nurturing quality. Designs from our colourful Laurel Burch Collection can take you on a flight of imagination, from the world of Fantastic Felines to a celebration of the Spirit of Womankind.Born in Southern California, Laurel was diagnosed with a congenital bone disease which resulted in more than a hundred cases of bone fractures over the course of her life. She was raised in the difficult circumstances of a broken family and as a teenager chose to walk away from this life and take her own, independent path. She eventually found her place in San Francisco, and as a single mother sought creative ways to provide for her family.Though not trained in art or jewellery making, Laurel began to put together interesting metal scraps she found in junk yards. She created quirky jewellery and developed her artistic style into what we see today. Her vibrant colours and joyful paintings became so popular that her works were licensed around the world. Through art she found her solace, her haven, her sense of spiritual restoration.Laurel’s pictures are filled with imaginative visions, lively colours and living creatures. When she went to China in 1971 to start mass production of the goods she designed, she discovered “cloisonne,” a traditional technique of embellishing metal surfaces with enamel. This became a signature feature of her artistic style.Many of her paintings remind us of cloisonne enamels with their small, colour-filled compartments. The shimmer and iridescence added to the original brilliant painting make it an ethereal design. Our Flutterbyes cover is a good illustration of the harmonious marriage between the artist’s delightful style and this old technique.Laurel began as a self-taught artist who connected with others by giving them the pieces that she made. She went on to become a pioneering businesswoman at the head of a merchandising empire. And just as she always wanted, the jewellery, the fashion accessories, the household items adorned with her paintings keep on brightening people’s lives.